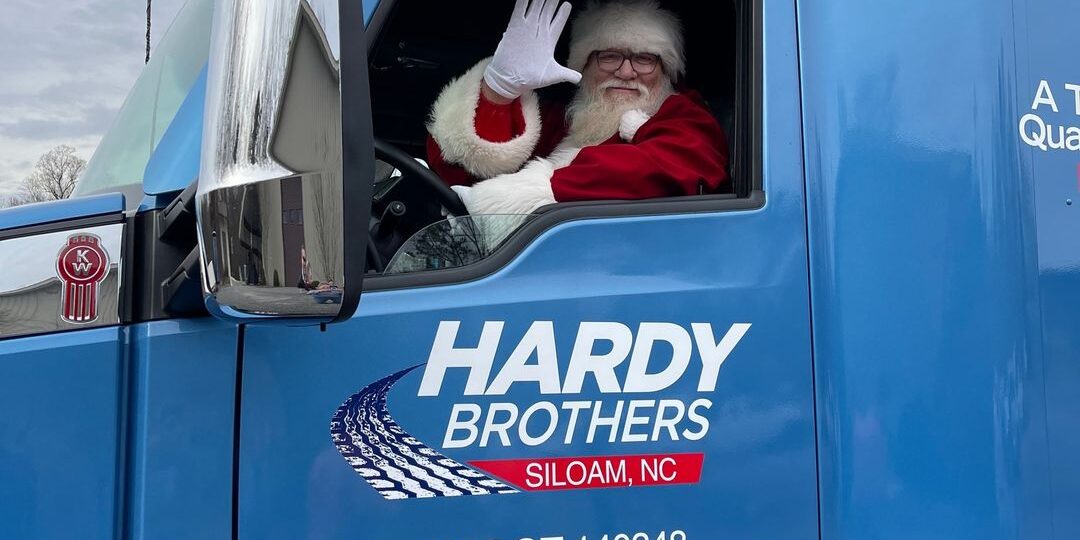 Hardy Brothers Trucking Company will help spread hope and joy to the nation this holiday as they transport the U.S. Capitol Christmas Tree from the National Forests in North Carolina to Washington, D.C.

Hardy Brothers Trucking was selected as the hauler for this year’s tree at the recommendation of Kenworth Truck Company and based on industry reputation, according to Bruce Ward, president of Choose Outdoors. This non-profit partner assists the USDA Forest Service in coordinating the annual public engagement initiative. The Tree will be harvested from the National Forests in North Carolina in early November, followed by a journey with special events in communities along the way before being delivered to Washington, D.C. Hardy Brothers also will deliver thousands of handmade ornaments made by North Carolinians along with smaller trees for offices in the nation’s capital.

In 1965, Ralph Hardy bought his first truck and began hauling produce throughout the East Coast. Since then, Hardy Brothers Trucking has grown to over 100 dedicated drivers and 55 trucks pulling refrigerated trailers and hauling freight from coast to coast. Fifty-seven years in, the business remains a family affair. Hardy continues to work daily in the office, while Ralph’s son, Eddie, runs the day-to-day operations as president, and Eddie’s son, Ryan, serves as vice president. They’re the recipient of industry awards such as the Safety Achievement Award with Fleet Solutions LTD and the PVH Truckload Carrier of the Year Award and have been an EPA SmartWay member since 2008.

Doing the honors of delivering the Tree for Hardy Brothers will be the husband-and-wife team Harold “Ed” Kingdon Jr. and Deborah Z. Kingdon. They have been married for 42 years and have been driving for Hardy Brothers Inc. since 2018. Ed is a veteran of the U.S. Air Force/ Air National Guard, where he served 37 years. Ed worked his way through the ranks and was commissioned in 1988, retiring with the rank of Colonel. Deborah was the chief home officer, primarily focused on raising their four children, including homeschooling them from 1986 to 2008.

“For us to be part of the tradition of bringing the U.S. Capitol Christmas Tree is quite the honor,” said Eddie Hardy, President, of Hardy Brothers Trucking. “Our pride in the State of North Carolina shines throughout our fleet, and we’re excited to share the experience and uplifting communities along the way.”